Jenna Glatzer is an award-winning full-time writer and ghostwriter who’s written more than 30 books and hundreds of articles for magazines and online publications.

Her main writing interests are biographies and memoirs, and she often writes about health, parenting, and business leadership. She also loves writing for children, as well as writing humor.

Her latest release is Gratitude in Motion (Hachette) with Colleen Kelly Alexander, who spent weeks in a coma after being run over by a freight truck. You may have seen her on the Today Show or Dr. Oz talking about her experience.

Standing Strong (HCI Books) with Diane Reeve, a martial arts instructor whose boyfriend intentionally infected her with HIV. She spoke about the crime on the Oprah Winfrey Show.

Who’s the New Kid? (Tyndale), written with Heidi Bond, tells the story of how Heidi helped her daughter beat childhood obesity. Her daughter was featured on The Biggest Loser.

Prior to that, Jenna wrote Never Ever Give Up: The Inspiring Story of Jessie and Her JoyJars (Zondervan) with Erik Rees – the true story of 11-year-old Jessica Joy Rees, who started a foundation to help kids with cancer even as she battled the disease herself.

She also wrote The Pregnancy Project (Simon & Schuster) with Gaby Rodriguez, who faked her own pregnancy as a senior project in high school (Simon & Schuster Young Readers). The book was made into a Lifetime television movie by the same name. The Pregancy Project has been featured on Dr. Phil, Dr. Drew, The Today Show, Telemundo, Inside Edition, and many others, and has won multiple awards.

She worked with Celine Dion on the authorized biography Celine Dion: For Keeps (Andrews McMeel), which was one of Jenna’s favorite life experiences. The book was featured on The View, The Oprah Winfrey Show, and Entertainment Tonight. She also wrote The Marilyn Monroe Treasures (Barnes & Noble), which is in the same format as the Celine Dion book– oversized hardcover filled with removable memorabilia. It’s available exclusively from Barnes & Noble in the U.S. with more than 40,000 copies sold, and has been translated into Italian, Spanish, German, and French.

My Stolen Son is Susan Markowitz’s story. Her son Nick Markowitz was murdered in 2000 at the orders of drug dealer Jesse James Hollywood. This story was the basis of the movie Alpha Dog, starring Justin Timberlake, Bruce Willis, and Sharon Stone. The book won both Editor’s Choice and People’s Choice in the True Crime Book Awards. (Berkley; visit www.mystolenson.com).

Unbroken (Thomas Nelson) is a Christian memoir about overcoming abuse and addiction, written with Tracy Elliott.

She’s been the ghostwriter or developmental editor for five business books for HarperBusiness and McGraw-Hill, with a focus on leadership.

She’s also worked on two books for people with anxiety disorders: Fear Is No Longer My Reality (McGraw-Hill) is a book she co-wrote with Jamie Blyth of The Bachelorette, telling his tale about overcoming panic disorder and social anxiety disorder. Conquering Panic and Anxiety Disorders (Hunter House) is an anthology of success stories from people who’ve overcome all sorts of anxiety disorders.

Her latest children’s picture books are about heroes of the Underground Railroad and the invention of the Ferris wheel. She’s authored several other nonfiction books for children sold through the educational market, and one whimsical picture book about a girl who refuses to get her hair cut.

Because Jenna is a ghostwriter, not all of her work carries her byline, and she can’t always talk about what she’s worked on. So if you read a book you really like, you can always pretend she wrote it. She’ll like that. If it’s a bad book, no way did she write it. Ptooey, and other disdainful noises.

An experienced speaker, Jenna is a frequent media guest. She was the honorary chairperson of the national I Love to Write Day and a writing workshop instructor for the Omega Institute. She also served as a judge of the Writer’s Digest Self-Published Book Awards.

Her proudest accomplishment so far is overcoming agoraphobia.

She is still mourning the loss of Angel, the brilliant Joss Whedon TV series that spun off from Buffy the Vampire Slayer. She is convinced that when she gets rich enough, she’s going to single-handedly resurrect the series, even if that doesn’t happen until all of the principal actors are in their 80s.

Her home is in New York with her her fabulous little girl, Sarina, who already knows how to wield a semi-colon. Miscellaneous facts about Jenna, for her truly devoted fans: 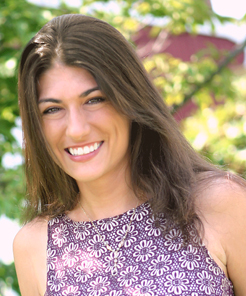 Where to Find Me Online

Follows and friend-requests give me the jollies.

Are you thinking about hiring me? Then this is probably what you want to see.

You can see lots and lots of interviews with me on this page.

You can also join the Honoring Nick Markowitz group to offer your support to Susan Markowitz (my friend and writing client), whose son's murder was the basis of the movie Alpha Dog.